We are saddened by the recent passing of Arlene Rodriguez who served on the Jessie Smith Noyes Foundation’s Board of Directors from 2012 to 2017.

“Arlene’s passion for environmental justice and skills in building connections between funders and the groups doing the work in the field were a tremendous gift to the foundation during her time on the Board,” said Judy Hatcher, Board Chair. “She will be greatly missed.”

Arlene served as the senior director of programs and external relations of the Gay Lesbian Straight Education Network (GLSEN) and oversaw Living Cities’ knowledge management and evaluation work. Prior, she directed the environment program for the San Francisco Foundation. She was also a senior program officer at the Gordon and Betty Moore Foundation, the director of community programs and founding director of the Crissy Field Environmental Center with Golden Gate National Parks Conservancy, and the urban program director for the Western Region of The Trust for Public Land. She served on various Boards and was a commissioner for the city of San Francisco’s environment department for six years. 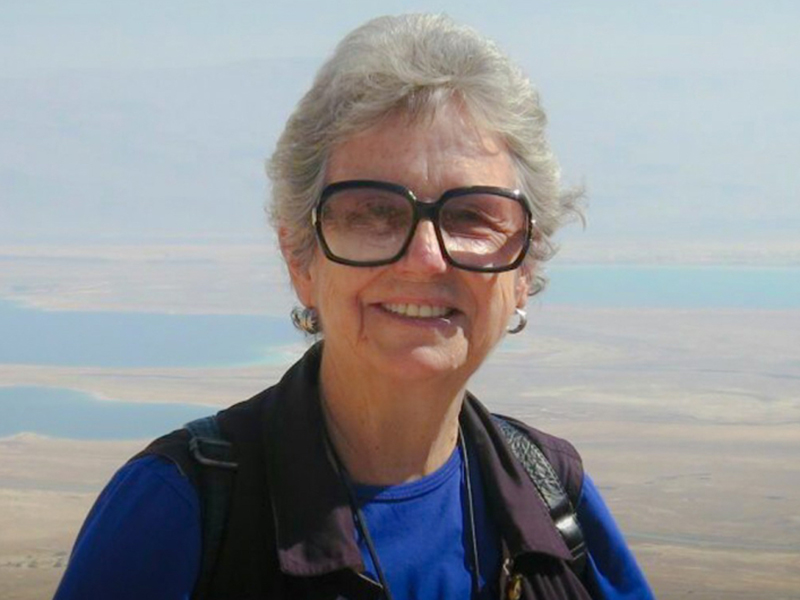 Ann F. Wiener, a granddaughter of Charles F. Noyes, passed on May 12, 2018, after serving on the Noyes Foundation board for over fifty years. Ann helped to guide the foundation as it shifted from awarding scholarships to students from disadvantaged backgrounds to funding grassroots organizations and movements working to bring about a more just, equitable and sustainable world. She also helped lead the transformation of the foundation’s board and staff, bringing on members from outside the Noyes family to create a leadership team more inclusive of the identities and experiences of our grantees.

Ann pursued the same goals as a teacher, school principal, mentor, and educational activist. In the 1950s, after graduating from Smith College and the Harvard School of Education, she helped American soldiers in France to prepare for the high school equivalency exam, and then taught English at Hunter College High School in New York. In the 1980s, she founded the Crossroads School, a diverse public New York City middle school, which she led for 15 years. Ann went on to support the next generation of educational leaders, coaching and mentoring new principals through the New York City Leadership Academy. She also served on the board of several schools, including the Whitby School in Greenwich, CT, the Buxton School in Williamstown, MA, and Amber Charter School in East Harlem and Kingsbridge. In each of her many roles, she was a tireless and effective voice for inclusion and equity in education.

Ann’s fascination and respect for diverse cultures led her to travel extensively, starting with a formative experience as an exchange student in Turin, Italy, where she lived with a host family with whom she remained friends throughout her life. She visited every continent. Even in her 70s and 80s, she took numerous sojourns, often with family and friends, including to Chile, Guatemala, Ecuador, Costa Rica, Bhutan, Thailand, Vietnam, Morocco, Israel , Palestine, and Antarctica. She approached her travels as a student of the world, eager to learn about different people, politics, arts, and cultures.

Ann was also a fearless adventurer. She raced cars on the track at Lime Rock, CT, soared in gliders, white-water rafted in British Columbia, sailed in the Virgin Islands, rode horses and camped across the American west, and hiked to the Incan citadel at Machu Picchu.

Ann introduced her children to the work of the Noyes Foundation at early ages. Her sons Gregory Houston, Timothy Raphael, and Chad Raphael have served on the Noyes board. Her daughter Jenifer Getz is a current board member, as is Sharese Frederick, daughter of Ann’s daughter Monique Houston. Ann’s children and grandchildren look forward to continuing her work for environmental, social, and racial justice, and embodying the passion for inclusion she brought to the foundation.